Paying taxes is inevitable. The law makes it mandatory for citizens to pay taxes once they attain the accepted tax-paying age. However, many citizens find it challenging to pay taxes because a portion of their hard-earned cash goes to the government. 1099 NEC and other tax-related terms make the tax return process a hassle for many people. You can hire a tax consultant to handle your company returns or consult the tax department in your state.

Did you also know you can avoid paying taxes? Do you also know you can get penalized for failing to comply with tax requirements? Tax noncompliance is referred to as tax evasion. Tax evasion and tax avoidance may seem similar to many people. However, the two are different but often used interchangeably, to the taxpayer’s disadvantage.

These two terms do not mean the same thing. While both are forms of noncompliance with the law, tax avoidance is legal, although morally dubious, while tax evasion is illegal, immoral, and punishable by law.

Tax evasion is deliberately concealing taxable income from the taxman so you do not remit tax due to the government. It can also be defined as any illegal practice by an individual, company, or corporation to deliberately refuse to service tax reliability.

Tax evasion is an intentional act to cheat the taxman. It is a fraud committed to conceal the tax liability due to the government. Any act to hide the total taxable amount to escape paying tax is referred to as “tax evasion.”

Tax avoidance refers to legal means of reducing the taxable income owed. Tax avoidance is legal because an organization or individual structures their business strategies to avoid paying the full taxable amount. Therefore, in tax avoidance, the entity pays part of the tax owed but takes advantage of existing loopholes to reduce the amount.

Tax laws are never exhaustive or infallible. An organization can exploit loopholes and discrepancies to reduce the tax burden owed.

Tax avoidance can also be defined as leveraging the tax system to reduce tax liabilities not initially intended by the law. For instance, an organization can explore legal deductions and reduce the taxable income owed. One can change the business structure by incorporating other parties.

What is the thin line between tax avoidance and tax evasion?

An entity is guilty of tax evasion if they do the following:

What is the penalty for tax evasion?

IRS auditors and investigators have the right to pounce and search an entity’s residence for documents. Other times, the investigators can visit a tax evader at their residence for routine questioning. However, the auditors ask tricky questions to find incriminating evidence on the tax evasion claims.

In the background, IRS agents examine significant personal accounts for discrepancies and evidence of tax evasion.

A person accused of tax evasion has a right to an attorney. A personal tax evasion lawyer advises the client on the legal ways to respond to the accusations leveled against them or their entity.

An organization found guilty of tax evasion can lose millions of dollars to the government as penalties for omissions. Therefore, entities can save their reputation by paying taxes on time and honoring all taxable obligations. Enter tax planning

Tax planning is the process of organizing, and analyzing an entity’s finances efficiently. Tax planning enables an organization to explore tax avoidance opportunities. Tax planning helps entities reduce their tax liability and retain a significant amount from their returns.

Tax planning requires a company to hire a tax consultant. The latter helps in the legal planning of an organization’s income and avails various exemptions, deductions, and tax reliefs.

Organizations can reduce their tax responsibility and save it for the company, including

Tax planning and tax avoidance are legal means of reducing an organization’s tax burden. On the other hand, tax evasion is an illegal and deliberate way of refusing to pay the government what is owed. These terms can be used interchangeably, but they mean differently.

When Are Fed Meetings Starts In This Year? 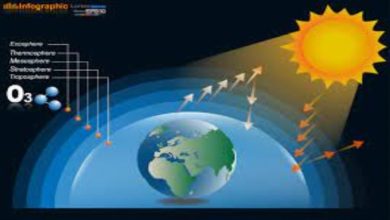 What Is Ultraviolet Radiation?

What Offences Go On Criminal Records?